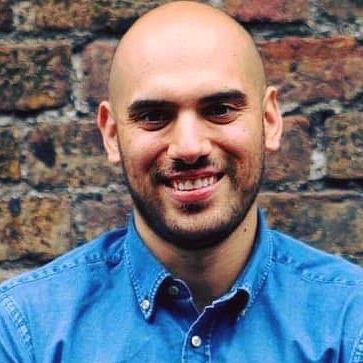 3D Detection and Tracking in an Indoor Environment 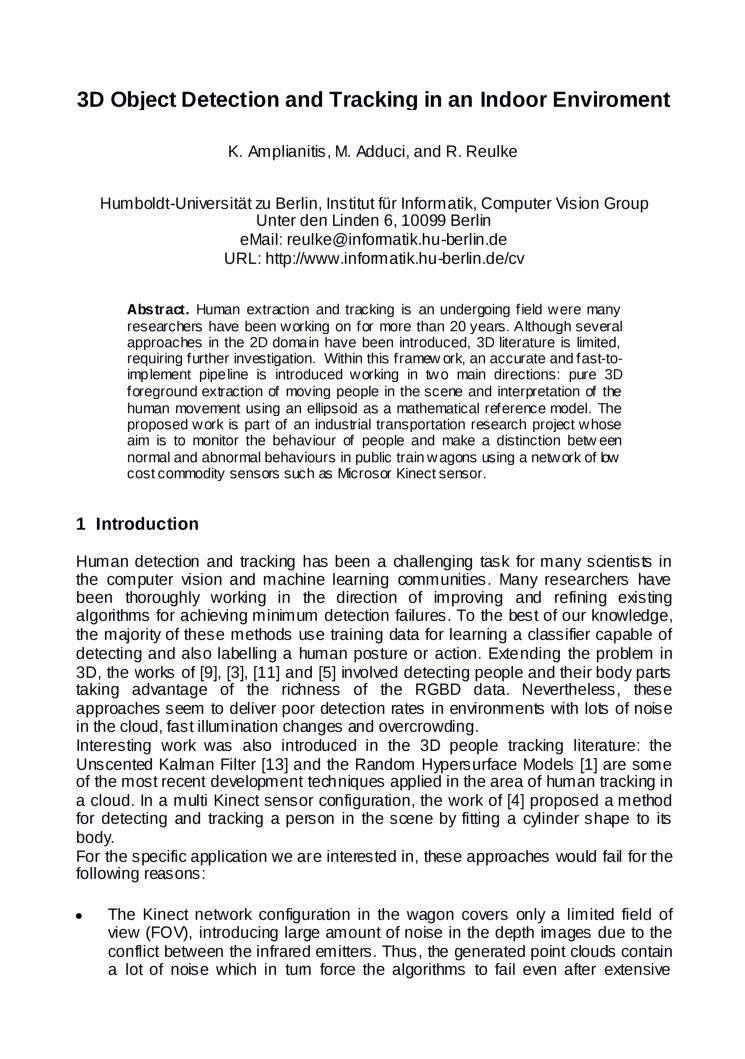 Human extraction and tracking is an undergoing field were many researchers have been working on for more than 20 years. Although several approaches in the 2D domain have been introduced, 3D literature is limited, requiring further investigation.  Within this framework, an accurate and fast-to-implement pipeline is introduced working in two main directions: pure 3D foreground extraction of moving people in the scene and interpretation of the human movement using an ellipsoid as a mathematical reference model. The proposed work is part of an industrial transportation research project whose aim is to monitor the behaviour of people and make a distinction between normal and abnormal behaviours in public train wagons using a network of low cost commodity sensors such as Microsor Kinect sensor.