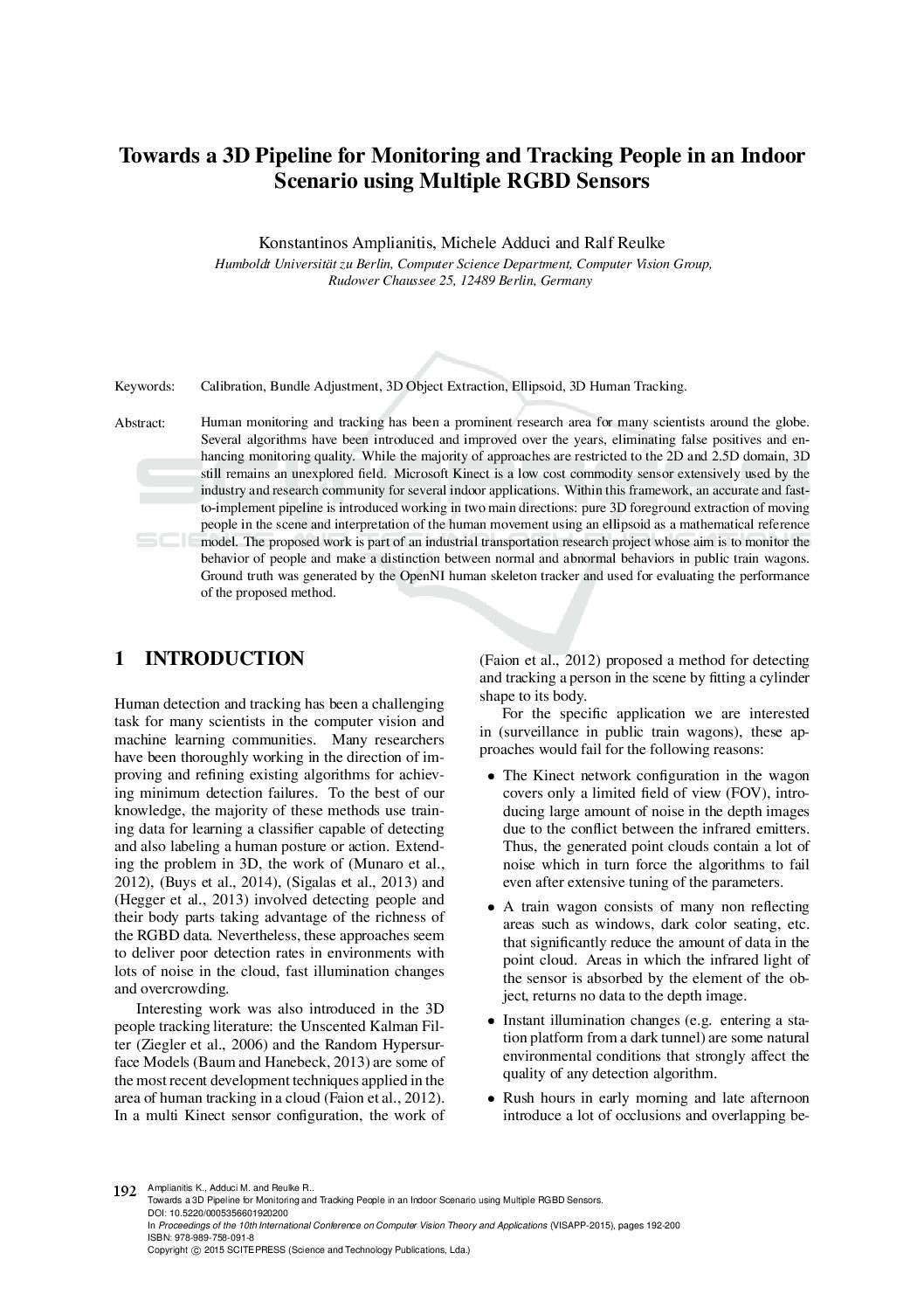 Human monitoring and tracking has been a prominent research area for many scientists around the globe. Several algorithms have been introduced and improved over the years, eliminating false positives and enhancing monitoring quality. While the majority of approaches are restricted to the 2D and 2.5D domain, 3D still remains an unexplored field. Microsoft Kinect is a low cost commodity sensor extensively used by the industry and research community for several indoor applications. Within this framework, an accurate and fast-to-implement pipeline is introduced working in two main directions: pure 3D foreground extraction of moving people in the scene and interpretation of the human movement using an ellipsoid as a mathematical reference model. The proposed work is part of an industrial transportation research project whose aim is to monitor the behavior of people and make a distinction between normal and abnormal behaviors in public train wagons. Ground truth was generated by the OpenNI human skeleton tracker and used for evaluating the performance of the proposed method.